GREED (THE DAMNING 1)
BY
KATIE MAY 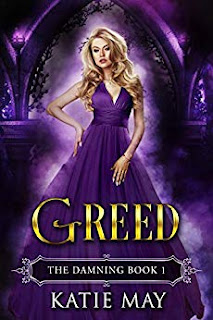 For hundreds of years, Nightmares have ruled the world.

Descended from the Seven Deadly Sins, these supernatural creatures have enslaved and tortured the human race.

I have lived my entire life fighting back against the monsters that have plagued this world. A deadly assassin and a member of the resistance, I only have one motto: kill or be killed.

When The Damning commences – a fight to the death against the world’s most brutal serial killers, assassins, and torturers – a twist of fate finds me as one of the competitors. Despite my initial reluctance, I find myself eagerly participating.

But what I didn’t count on, however, were the seven princes:

Lupe, a Shifter descended from Wrath.

Devlin, a Genie descended from Greed.

Jax, a Vampire descended from Gluttony.

Killian, an Incubus descended from Lust.

Ryland, a Shadow descended from Pride.

Sebastian, a Mage descended from Sloth.

Dair, a Mermaid descended from Envy.

Our love could never be. I’m an assassin, and they are my targets.
But who ever said I needed to follow the rules? If only I can survive The Damning…

This is a medium-burn reverse harem romance. Expect a kick-ass, snarky MC, seven swoon-worthy heroes, and a lot of bloodshed. This is book 1 in the series.

🌫🌫BUY LINK:🌫🌫
Fascinating read that will blow your mind and leaving you wanting more!
Amazon
Cheers,
Your host,
Toby Aden
And you can find me here.
LITTLE DO YOU KNOW (BAYOU DEVILS MC 5)
BY
A.M MYERS 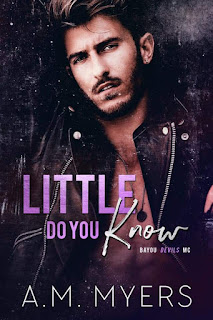 Inmate 606, and brother of the Bayou Devils MC, Noah LeBlanc only wants two things – his freedom and his girl.

In the sixth grade, he met Kady Sinclair, the girl of his dreams. She was smart as a whip and challenged him at every turn and Noah wasted no time in winning her heart. They were inseparable until the club got in the way. A jealous competitor, carelessness and his own ambition cost him everything.

Now, after being released from prison, he’s determined to rebuild his life and find the one girl who has always owned his heart. The problem is no one has heard a word from her in seven long years.

But that was before Noah joined the hunt.

🌫🌫BUY LINK:🌫🌫
Pre-Order Now
Cheers,
Your host,
Toby Aden
And you can find me here.

“He’ll steal your heart and then your car.”

It was supposed to be just sex… Famous last words.

The post Release Blitz – The Other Book by Roe Horvat appeared first on Valerie Ullmer.

The first page hits you like a deadly punch to the throat and never lets up!
John Smith is a First, one of a few men that walk among us seemingly as
normal as anyone, but with a secret so unimaginable that their very
existence is a threat to humanity. But times are changing and the
Firsts are eager to live openly and take their rightful place in the
world once again. The only thing stopping them is John, who has seen
the best and worst of all of mankind and knows that some truths are
best kept secret. He has kept his own life simple and unassuming
because he knows it’s the only way to stay out of the system and
under the radar of world governments, secret organizations, and
assassins alike. But when an old enemy shows up on the same day that
a beautiful young woman needs his help, John quickly finds himself in
the fight of his life against elite hit squads, ruthless psychopathic
murders, and a black-ops cutting-edge technology that was
specifically designed to track down him and other Firsts like him,
all while trying to unravel the mystery of this new woman in his life
without getting her killed and keeping her from killing anyone who
doesn’t deserve it. From the American Midwest to Syria and Paris,
John Smith is both predator and prey, but he can no longer survive on
his own, and so with the help of the only people he hopes he can
trust and more luck than he deserves, he faces down his fears and
takes on his enemies the only way he knows how: with everything he’s got.
Goodreads * Amazon

The post The First by Glen Kenner appeared first on Valerie Ullmer.

Chrissy Franco has every reason to take one hell of a victory lap around the
courtroom. She’s just defended her client to the best of her
ability and what’s more? Her client was actually innocent. Oh,
she’d killed her husband, baseball legend Skip Maguire, alright;
but he’d been about to hit a homerun with Miranda’s head.
His rabid fan base doesn’t agree with the verdict, and they’ve set
their sights on Chrissy as the one to blame. One of them is about to
set into motion a dangerous game when he publishes poor Chrissy’s
address online…
Enter Tony McCormick, a detective with the right kind of attitude and
Chrissy’s sort of ex-boyfriend. When he’s called to Chrissy’s
apartment, he’s prepared for the worst. He’s a homicide detective
after all. When he arrives, it seems that someone might have
forgotten to check to see if Chrissy was still alive… now it’s
everything he can do to find the man who did this and the other
behind it all before it’s really too late.
Add to Goodreads
Amazon * Apple * B&N * Google * Kobo * Smashwords
♦

I heard Tony’s jacket hit the back of the chair he usually hung it on, and those heavy footfalls come my way, his shadow looming over me at the sink. He started to move my hair aside and I turned, whirling on my sneaker and backed up against the counter.

The Soul of Time In the Land of Ice and Darkness, time-traveller Ashley faces the terrible Thief of Souls (The Time For Alexander Series Book 6) Ashley and Alexander come face to face with Volterix, the terrifying Thief of Souls… 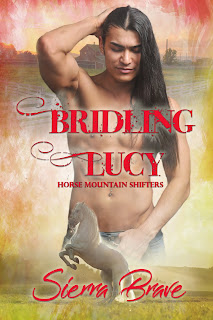