I finished up my garden rather late this spring, but one of the things I did purchase at the feed store was two watermelon plants. I thought I purchased two Black Diamond plants; however, once the fruits started appearing, it was obvious that I’d gotten two different ones. I found the tags I stuck into […]

The post The False Series by Meli Raine appeared first on Valerie Ullmer.

The post The Face of the Seal by Jennifer Cumiskey appeared first on Valerie Ullmer.

Warnings come with everything forbidden. Consequences follow every sordid action.
An illicit affair results in me becoming captive to the one man I dared to trust.
Pierce Serban had always been off limits. Cruel and dangerous, I knew to stay away.
I didn’t.
Now a pawn in a game played by devils in suits, I must standby as his carefully controlled chaos unravels, and do all I can to survive the wreckage.
18+ Previously titled Sordid Mistress

Get lost in a book store and find something hot.


Behind the stacks, tucked into the dark corners, and reading nooks, you’ll find an adventure, and you might just find more. Grab this hot boxset and get into these six tales of passion and possibly love.


Using book stores as a source of inspiration, these six bestselling authors take you on a journey you won’t forget. Your heart will be warmed as you dive in and discover our men from the heart of the book store.

The post Between the Covers appeared first on Valerie Ullmer.

An audio recording of a
poem as recorded within the story of Ancient Script of Lovecontu
audio poem, please select this link
https://kaitlynzq.com/blog/a-poem-from-inside-ancient-script-of-lovecontu-audio-poem
an audio that holds a
special extension of an integral stream
“…In her own voice, the author treats us to a whimsical, yet pleasing poem
that speaks on our emotional needs. The need and desire we all have
to feel loved, wanted, valued and not lonely…Kaitlynzq’s voice
caresses you deeper into her web with exquisite details of what our
heroine experiences…I found myself listening to this on repeat…”
by Kay with KayBee’s Bookshelf
Available at
kaitlynzq.com
kaitlynzq.boutique

The post Ancient Script of Lovecontu by Kaitlynzq appeared first on Valerie Ullmer.

Brides of the Kindred Box Set: Volume One
Contains Claimed, Hunted, Sought, and Found all in one volume
Claimed:
A race of Genetic Traders from beyond the stars.
Three very different types of Alpha males
all focused on one thing…claiming their brides
In all their years of travel the Kindred have come
across only three worlds with
species close enough to their own to initiate a trade.
Earth is the fourth.
Olivia Waterhouse is about to be Claimed.

The post Brides of the Kindred by Evangeline Anderson appeared first on Valerie Ullmer.

♥ Happy Sunday and happy Father’s Day to Aussie Dads ♥I hope you’re enjoying my latest WIP which is set near Lake Tekapo, New Zealand.Enjoy ♥ Her soft laugh was hardly a sound, but pure. Not only had she piqued his curiosity by wanting to see Toby but also she intrigued him as well. “I’ll … Continue reading “#SnippetSunday “Please lock the doors after me.” #Bookish #Sundayblog” 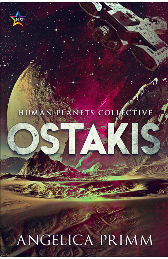