My latest writing advice blog post over at my Patreon just went public, so I’m inviting you to hop on over and see it. Here’s a snippet: I think it’s common for us writers to think that we need to catch up with everything and do everything. We see what others are doing and think […]

The post You’re Not A Rat. It’s Okay To Step Out of the Rat Race (Writing Advice) appeared first on Mary Kit Caelsto.

Welcome to the Katherine Eddinger Smits blog. I’m inspired by interesting and unusual locations and my favorite books include settings so  fascinating that they make the story indelible in my mind. So, I decided to write a series of blogs about the exotic locations in books from some of my favorite authors. They were kind … Continue reading Wytchfae Runes ~ Interview with Flossie Benton Rogers

Today on my blog I’m featuring the fascinating Dariel Raye. Read on for an excerpt from The Devil Upstairs, her contribution to A Darker Shade of Evil: A Demon and Devil Anthology. Here’s the anthology cover and buy link: Buy A Darker Shade of Evil here: https://www.amazon.com/Darker-Shade-Evil-Demon-Anthology-ebook/dp/B07TK6LLCP/ref=sr_1_1?crid=114JS5W4T2EVM&keywords=a+darker+shade+of+evil&qid=1569860040&s=digital-text&sprefix=A+Darker+Shade+of+Evil%2Caps%2C170&sr=1-1 Here’s the amazing cover for The Devil Upstairs. … Continue reading The Devil Upstairs ~ Excerpt and Interview with Dariel Raye 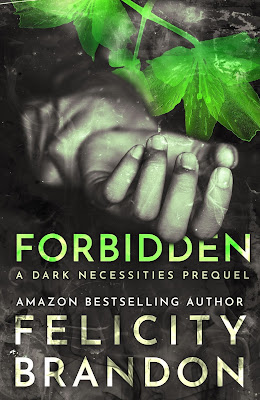 Blurb:
Once upon a time, I was a monster.

A predator who seized women just to get my kicks.

And then along came Lily. Lily—the light that chased my demons away.
Consumed with love for her, I finally put the sins of those torrid times behind me, until one dark day, everything changes.
I’m lured back into the shadows, the monster awoken again and now it will take every ounce of Lily’s submission to pull me back from the brink.
My betrayal sends our lives into a spiral of despair, and with justice looming on the horizon, it’s time we faced The End.

Forbidden is a gripping, powerful, and emotional page turner with a breathtaking climax for fans of dark romance with a twist of true crime. It is the third in The Dark Necessities Prequels trilogy. 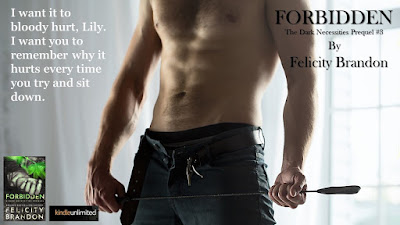 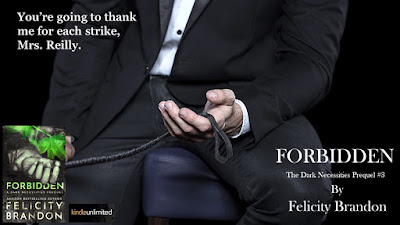 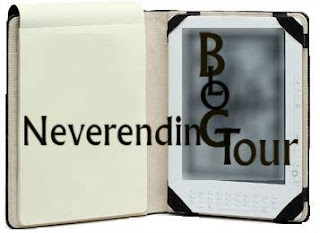 Holly Lane has spent her life under the crushing thumbs of her cop father and controlling mother. Now, well into her twenties, she’s finally getting a fresh start and moving into her own apartment. Breaking away from her parents should be easy, but how can Holly begrudge their overprotective nature when their other daughter was murdered by an outlaw biker years ago?With his brand-spankin’ new patch, Little Jack has a satisfying life in the Hell’s Handlers MC. Sure, the town’s new sheriff is messing with his club, but it’s nothing they can’t handle. Life only gets better when LJ’s dream woman walks out of his fantasies and into the vacant apartment next to his. Holly is sweet as sugar, curvy in ways that make LJ’s mouth water, and the woman can bake like no other. Personal demons keep LJ from chasing a long-term relationship with any woman, but that doesn’t mean he can’t have a little fun with his hot new neighbor.Holly is pretty sure life is finally on the right track when she meets LJ on her first day in town. Incredibly tall, bearded, tattooed, and strong enough to unload her car without breaking a sweat, her new neighbor just might be perfect.

The post Past This Point by Nicole Mabry appeared first on Valerie Ullmer.

The post Something Wicked Anthology appeared first on Valerie Ullmer.

The post Release Blitz – Beyond the Surface by Colette Davison appeared first on Valerie Ullmer. 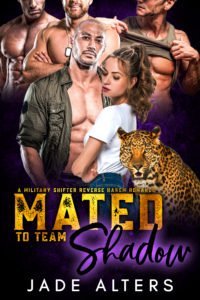